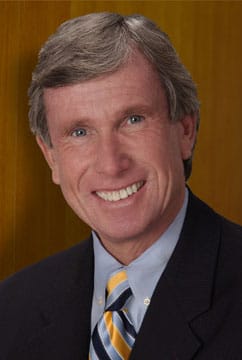 Bruce Tobey is Of Counsel with Pannone Lopes Devereaux & O’Gara LLC. His practice focuses on representing both local and regional governments and private sector entities in the areas of public contracts, water law, sustainability and governance. Mr. Tobey was elected Mayor/CEO of Gloucester, MA in 1993 and held that position until 2002. He returned to local government in 2006 as a City Councilor, a position he held through 2014. Throughout his career, he has been professionally active in the water and wastewater fields in both the public and private sectors as an attorney, a businessperson, an elected leader and an appointed official.