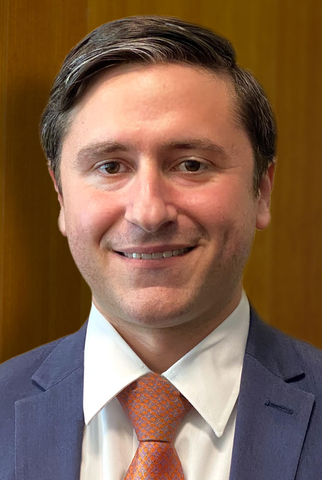 Andrew J. Barbero serves as Government Relations Assistant with PLDO Strategies. He is a skilled legislative researcher and writer, and a public affairs and policy development specialist. Andrew has extensive experience in leading successful political and issues campaigns, including building coalitions with key stakeholders, organizing grassroots initiatives and events, and planning and managing executive leadership and advocacy outreach efforts. He employs his strong interpersonal, relation-building, communications, and strategic planning skills on behalf of PLDO Strategies’ clients across industries in the private, public and nonprofit sectors.

Prior to joining PLDO Strategies, Andrew served as Director of Municipal Affairs for the City of Providence. As the key point of contact to Providence Mayor Jorge O. Elorza’s administration, Andrew acted as a liaison with Council members and staff, and worked directly on numerous legislation and projects. He was also the chief advisor to the administration regarding city ordinances and policy development, and helped to advance interdepartmental communications and problem-solving. Previously, Andrew was Director of Mayoral Advance for Mayor Elorza, working with multiple City agencies and community organizations on event planning, logistics and scheduling. Before joining the City’s executive staff, he worked in the Mayoral Advance Department in 2017, then taking on the duties of Director of Field Operations for the 2018 Elorza for Mayor campaign. Andrew’s early professional career includes working as a Field Organizer for the Clay Pell for Governor campaign and as the Regional Field Director for the Cicilline for Congress campaign in 2014.