RI Considers Cannabis As A Solution To opioid Dependency 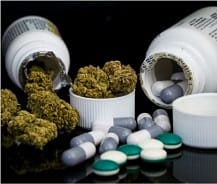 The petition provides, in relevant part, that the goal of implementing opioid dependency as a qualifying condition in the State’s medical marijuana program is to offer effective alternative treatment options for those suffering from chronic pain, and to reduce the number of opioid prescriptions and opioid-related deaths. If accepted, opioid dependency would be added to the State’s list of qualifying medical conditions which includes: cancer, glaucoma, HIV and AIDS, and Hepatitis C, among other chronic and debilitating diseases and medical conditions.

In the employment context, the reduction of opioid prescriptions is particularly important, as opioid medications pose both a health and safety risk in the workplace. The use of medical marijuana as a substitution for opioid prescriptions has the potential to benefit employers in two ways:

Pain management is responsible for millions of office visits every year. It is estimated that almost $450 billion was spent on prescription drugs in 2016,i and that more than 650, 000 opioid prescriptions were dispensed each day in the United States in the same year.ii Despite the significant increase in the use of opioid medications during the last decade, a recent Institute of Medicine report showed that little progress has been made in the treatment of pain. Research also shows that for types of pain related to common workplace-related injuries, including soft-tissue injuries and musculoskeletal problems, opioids are not any more effective than non-opioid alternatives such as Tylenol, Advil or generic ibuprofen.iii By contrast, empirical data supporting the use of cannabis as an effective therapy for chronic pain is more robust;iv and unlike opioids, which are highly addictive, “e do know that cannabis is much less risky than opiates, as far as likelihood of dependency… and certainly there’s no mortality risk” from the drug itself.v

In addition to the growing concerns of opioid abuse and dependency, the cost of prescription opioids poses a problem for employers. The National Council on Compensation Insurance’s study of prescription drugs in workers’ compensation confirmed that prescription painkillers’ cost per claim continues to grow.vi A 2012 study of longer-term use of opioids also found that more than three of four injured workers who had more than seven days of lost time and no surgery took prescription pain medications for pain relief.vii Additionally, workers prescribed even one opioid had average total claim costs more than three times greater than claimants with similar claims who didn’t get opioids.viii Introducing medical marijuana as an alternative treatment for such chronic pain may be an effective tool for combatting the high costs associated with ubiquitous opioid prescriptions.

Mandates by federal agencies to limit the prescribing of opioidsix combined with the expanded legalization and use of medical marijuana, has been shown to decrease overall opioid prescriptions, as patients are substituting cannabis for opioids in the treatment of chronic pain.x Using data on all prescriptions filled by Medicare Part D enrollees from 2010 to 2013, a 2015 study found that the use of prescription drugs for which marijuana could serve as a clinical alternative fell significantly, once a medical marijuana law was implemented.xi National overall reductions in Medicare program and enrollee spending when states implemented medical marijuana laws were estimated to be $165.2 million per year in 2013.

Only time will tell whether Rhode Island will join the growing number of states who are successfully combatting the opioid epidemic through passing opioid dependency as a qualifying condition for medical marijuana. Following the Rhode Island Department of Health’s review of the public comments and associated medical literature on this issue, Dr. Nicole Alexander-Scott, the Director of the R.I. Department of Health, will issue a decision on B&B’s petition. The decision must be rendered within 180 days of the Department of Health’s receipt of the petition and is expected sometime before mid-April. 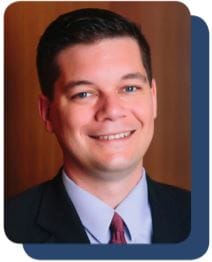