WHAT ARE THE COMPANY’S RIGHTS AND OBLIGATIONS? 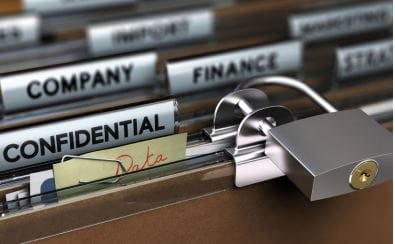 It has become increasingly common for minority stockholders of private companies to request confidential company information. When that occurs, the company’s board of directors or LLC managers need to understand the company’s rights and obligations. In the recent case of Bizzari v. Suburban Waste Services Inc. (“Bizzari“), the Delaware Chancery Court 1 analyzed the rules and applied them to an unusual set of facts. In Bizzari, the plaintiff sent a letter to the company demanding inspection of its books and records. The stated purposes for the request were (i) to permit Mr. Bizzari to value his interest in the company and (ii) to investigate possible mismanagement and wrongdoing by management. Subject to the findings noted below, the court found that valuation of a shareholder’s interest in the company is a proper purpose for such a request. However, it found that a mere allegation of mismanagement or wrongdoing, without stating some credible basis for the claim, was not sufficient to support a demand to inspect the books and records. The court noted that the “credible basis” standard is intended to strike a balance between granting the shareholders access and protecting the corporation “from wasteful fishing expeditions based entirely on curiosity.”

The court next looked at the broad scope of the requested information. It ranged from financial statements, tax returns and other “high level” documents to minutia such as the compensation paid each employee, check registers, cancelled checks, cash receipts, etc. In this regard, the court noted that, generally, a shareholder who has stated a proper purpose for inspection is entitled to inspect only those records that are essential and sufficient to achieve his purpose. The court went on to say that where details are reflected or incorporated in the company’s financial statements, they need not be separately provided in order to permit the stockholder to obtain an accurate valuation of his interest. Furthermore, it noted that the burden is on the requesting shareholder to prove that each category of requested information is essential to his purpose in requesting that information.

The Bizzari case contains a useful analysis of the rights and obligations of a company which receives a shareholder demand to inspect its books and records. What makes the case unusual are the facts surrounding Mr. Bizzari’s relationship with the other shareholders and directors. Although the court found that Mr. Bizzari’s stated purpose in requesting information was proper, it found that his true purpose was different. He had an extremely adversarial relationship with the other principals and the evidence supported the finding that his true purpose was to damage the company’s reputation and finances and to facilitate going into competition with the company. For that reason, he was denied access to most of the requested information, even though he was both a shareholder and a director of the company.

First, since most information requested of a private company is confidential and proprietary, it is both permissible and advisable to require a requesting shareholder to sign a non-disclosure agreement (“NDA”) as a condition to receipt of information that is properly requested. Secondly, the laws of most states do not require a company to produce information the company does not prepare in the ordinary course of business. For example, if the company prepares a quarterly balance sheet and a year end-balance sheet, it is generally not obligated to prepare monthly balance sheets simply because a shareholder has requested them.

The board should consider adopting a written policy on the release of company information to shareholders before any requests are received. It should require an NDA, track the law in your state of organization and bear in mind at least some of the points discussed in the Bizzari case summarized above. Finally, the laws of most states permit the company to make properly requested information available at its principle office for inspection and copying by the requesting shareholder. It generally does not obligate the company to go to the time and expense of copying the records and delivering them to the requesting shareholder.

If we can provide any further information, please contact your regular PLDO attorney or William F. Miller of our Corporate Group ().

1 Although the Bizzari case was decided by the Delaware Chancery Court, it is worth noting that the courts of many states routinely look to the decisions of the Delaware courts on issues related to corporate governance and other matters. 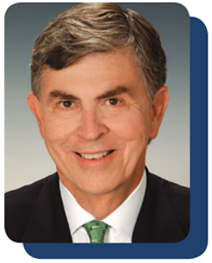 William F. Miller is a Partner with Pannone Lopes Devereaux & O’Gara LLC and a member of the Corporate & Business Law Team. He is a highly skilled attorney with more than 30 years of experience who focuses his practice on corporate and business law matters, including mergers and acquisitions, angel, venture capital and private equity financing, commercial contract matters, intellectual property protection and licensing, and entity and investment fund formation. Mr. Miller frequently advises early stage technology companies, manufacturers, service and distribution companies as well as investors in such companies.