Will the CEO See the Crisis Coming? Or, What Do Wells Fargo, United Airlines and Uber Have in Common?

The daily news is filled with reports of corporate clumsiness and misdeeds, whether affecting employees or customers, or violations of law or societal norms, that threaten the goodwill and value of the companies involved. Why do such blunders occur, and how should company leadership both prevent the likelihood of such occurrences and respond when a crisis arises?

With the constant pressure to improve profitability, CEOs and their teams sometimes fail to provide leadership around the “big picture” as to their companies’ culture of integrity and ethical standards. Major, expensive mistakes happen with astounding regularity to major publicly held companies, but these problems can strike even privately held companies. The failures leading to the crises that have affected the three companies described in this article serve as good examples of what can happen and how CEOs and boards of directors should, and should not, respond. 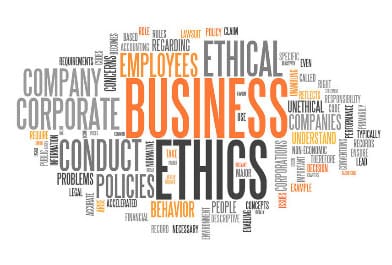 At Wells Fargo Bank, some employees were cajoled into opening two million fake bank and credit card accounts for customers that the customers never asked for, and in many cases knew nothing about! These employees worked in a high pressure, cutthroat, “do whatever it takes” environment that made them fear for their jobs if they failed to meet sales goals. When the crisis was revealed by a Los Angeles Times investigation and became highly publicized and investigated, CEO John Stmupf initially denied all knowledge of the circumstances, including in testimony before Congress, and tried to pass the blame off to his subordinate executives, some of whom were fired. Not a smart decision. He eventually lost his job along with tens of millions of dollars in stock options, bonuses were clawed back from other executives, and Wells Fargo had to pay $185 million in fines. The Comptroller of the Currency reported that since 2005, the Board of Directors had received regular reports warning that most of the bank’s internal ethics hotline complaints and firings were related to sales violations. When the scandal became public, the Board finally took appropriate action, but some shareholders want the members of the Board held accountable for failing to intervene sooner. Wells Fargo still faces more than a dozen investigations, inquiries and lawsuits, including with the Justice Department, Securities and Exchange Commission, the State of California and a class action from Prudential Insurance employees, all related to its fraudulent sales tactics and mistreatment of its workers. Many employees reported that the culture of high pressure on employees to meet unrealistic sales targets had persisted for years, and was traceable back to the CEO and some of his senior team.

In the case of Uber, some female employees accused the company of sexual discrimination. Additionally, CEO Travis Kalanick was recorded lambasting an Uber driver, and a Google company sued accusing Uber of stealing its self-driving car technology. Moreover, it was revealed by The New York Times that Uber had created its Greyball software to evade police. The sexual harassment complaints were unaddressed by the Human Resources department because the manager involved was a “high performer.” The initial response of the CEO to that scandal was an apology and appointment of former Attorney General Eric Holder to investigate the harassment claims. After the video appeared displaying Kalanick’s argument with one of Uber’s drivers, he again publicly apologized and said he would seek “leadership help.” Whether that will be enough to save the world’s most valuable start-up remains to be seen. Other problems continue to plague the company. Several high level executives, including a newly hired President, have resigned, and the scandals have created an opportunity for competitors, like Lyft, to steal drivers, customers and market share.

The culture at Uber seems to lack any clearly articulated ethical guidelines that are necessary to create a culture that minimizes the risk of misconduct that can lead to scandal. Those guidelines have to come from the CEO, and be firmly supported, resourced and enforced in order for a corporate culture to provide employees with the confidence and strength to resist bad decisions that could put the company at risk.

By now almost everyone has seen the cell phone video footage of the United Airlines scandal involving a paying passenger being dragged off a plane by police, and in the process being seriously injured. The airline industry is a highly complex and competitive industry, with tight timelines and high pressure to fill every available seat. But those pressures were allowed to imbue United with a culture that allowed the bad decisions that ignored the need to treat customers respectfully. CEO Oscar Munoz at first used the ill-advised term “re-accommodate” to describe the man’s forced removal, and also blamed the passenger for being belligerent, but less than 24 hours later, probably on the advice of his public relations and legal advisors, he was more contrite, took full responsibility, offered a full apology and promised to conduct a full review of the company’s procedures and policies that led to the incident. Within a couple of weeks, United announced it had reached a civil settlement with the injured passenger. Despite his initial clumsy words, the CEO’s support of United’s employees, while promising that law enforcement will never again be called to remove seated, paying customers, and his pledge to re-examine all policies and procedures on overselling available seats and dealing with passenger disruption on oversold flights, helped United quell a public relations nightmare. It remains to be seen whether United will be able to use this opportunity to not only bounce back from the scandal, but emerge as a leader in transforming the passenger experience in an industry that is increasingly unpleasant for the traveling public.

Of the three companies described above, Wells Fargo and United have extensive and well-designed codes of ethics and business conduct, including ethics hotlines. However, these policies obviously were not followed, which shows a lack of commitment from senior management. Uber’s code of ethics is focused on the driver-passenger relationship, which reveals a major blind spot in senior management’s perception of what is required to create an ethical culture.

Establishing an ethical corporate culture in your business may seem like a luxury that is an unnecessary use of valuable resources. However, without one, business owners run the risk that well-intentioned managers and employees can do lasting damage to the goodwill and enterprise value that the owners have worked so hard to build. Equally important is to make sure your company’s commitment to creating an ethical culture is embraced and resourced by senior management, including ethics training at all levels.

If you would like to discuss establishing an ethics policy and training program at your company, please feel free to contact PLDO partner Jay Gowell at 401-824-5179 or 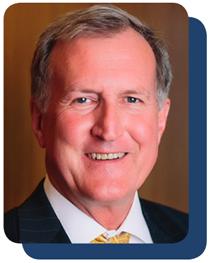 John (Jay) R. Gowell is a Partner with Pannone Lopes Devereaux & O’Gara LLC and a member of the firm’s Corporate & Business, Real Estate & Commercial Lending and Nonprofit Organizations Teams. Attorney Gowell has extensive experience in the areas of corporate law, finance and real estate development in both the private and public sectors, and has represented many private developers, public agencies and corporate clients in development, permitting, construction, leasing and financing transactions and in the purchase and sale of office buildings, shopping centers, assisted living facilities, nursing homes, marinas and other real estate assets.