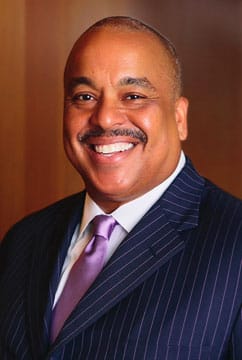 Matthew A. Lopes Jr. is a Principal with Pannone Lopes Devereaux & O’Gara LLC. He is a nationally-recognized Special Master for the U.S. District Court for the Eastern District of California in the matter of Coleman v. Newsom, overseeing prison reform and compliance with orders of the Court concerning care of seriously mentally ill inmates. As Special Master, Mr. Lopes heads a team of deputy special masters, mental health clinical experts, mental health management/custodial experts, and monitors. Mr. Lopes’ work as Special Master involves addressing complex constitutional law issues relating to the Eighth Amendment to the U.S. Constitution. He assists the court and the Coleman parties in the design and implementation of mandatory mental health screening, diagnosis, and treatment of the approximately 30,000 mentally ill prisoners throughout the 34 institutions within the California prison system. He also reports extensively to the Coleman court on his findings in the California prisons, as well as on other issues as ordered by the court. Mr. Lopes’ experience in court oversight of correctional systems extends back over thirty years of continuous work in the area of court-ordered prison reform, as a special master, deputy special master, and court monitor, in three additional major remedial correctional cases under the supervision of the United States District Courts of Texas, Georgia, and Rhode Island.

In addition to his practice as a Special Master, Mr. Lopes leads the firm’s Alternative Dispute Resolution practice and PLDO Strategies LLC, the government relations arm of the law firm. He has over 25 years of experience in government affairs and legislative advocacy. Mr. Lopes possesses a unique blend of legal, analytical, and relationship skills, which he credibly employs in assisting clients with their government relations, lobbying and legislative/strategic planning needs. He combines legal expertise with a common sense and pragmatic approach to problem-solving and has a loyal and long-standing government relations client base, representing organizations ranging from Fortune 100 companies to nonprofit businesses, including organizations within the education, food service, health care, pharmaceutical, and transportation industries, among others.

His proudest accomplishments include successfully advocating for the Council of State Governments (CSG) Justice Center’s Justice Reinvestment Initiative to improve Rhode Island’s criminal justice system through the enactment of legislation supporting rehabilitation and informed decision-making in sentencing, probation, and parole.  Mr. Lopes also proudly served as part of a successful lobbying effort which advocated for the creation of a board of trustees at the state’s flagship educational institution, the University of Rhode Island.  He was also intimately involved in the successful Rhode Island 2020 ballot initiative to remove the centuries-old word “plantations” from the official name of the State of Rhode Island.

Having once interned for former Chief Justice of the United States Court of Appeals for the Third Circuit, A. Leon Higginbotham Jr., Mr. Lopes has also been inspired to promote and advocate for increased minority representation and diversity in the selection and appointment of Rhode Island’s judiciary.

Mr. Lopes earned his J.D. from the University of Pennsylvania Law School and his Bachelor’s Degree from Dartmouth College. He is admitted to practice law in the State of Rhode Island.